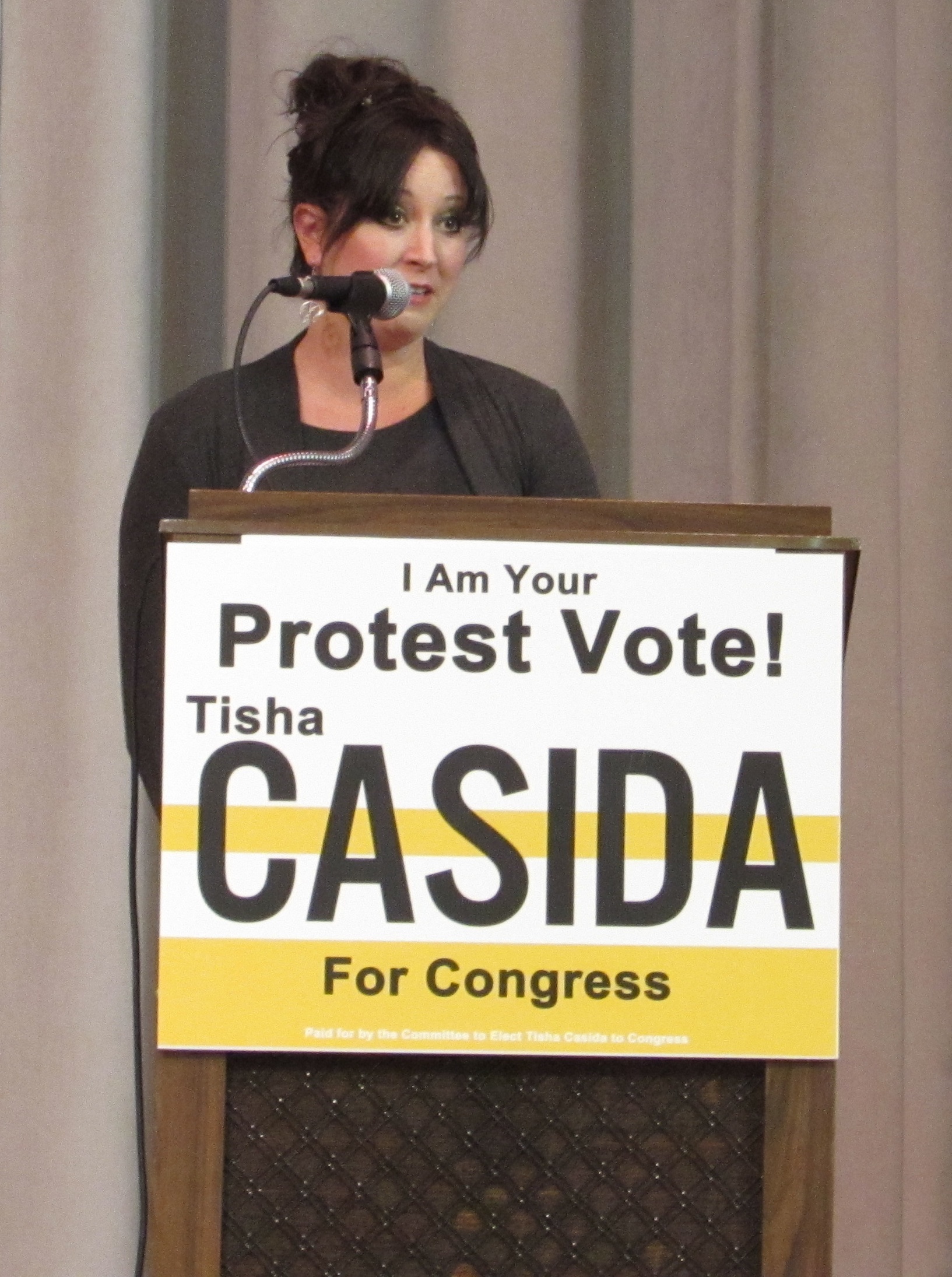 Tisha Casida is the CEO of That’s Natural! Marketing & Consulting – a Colorado company founded in 2005. She has worked with farmers, producers, and business owners – to build their businesses through educational materials and promotional campaigns. Her publication and online presence “That’s Natural” advocates for consumers’ food and medicine freedom.

Ms. Casida ran as an independent (unaffiliated) candidate in Colorado’s third congressional district (CD3) in 2012 and 2014. Tisha represents the John Galt district – housing Galt’s gulch in Ouray, Colorado. Colorado’s CD3 is the 5th largest in the nation, and spans the western half of Colorado including the premier ski destinations of Aspen, Vail, and Steamboat Springs. These diverse communities provided support to set new election records. In 2012, Casida earned the most votes for an independent candidate and in 2014, she earned the largest percentage of vote for an independent candidate in the history of Colorado’s third congressional district. Her platform included: protecting individual liberties, having a federal government that is held to the tenets of the Constitution, and bringing more common-sense policy making to the State and local levels of government where there is more transparency and accountability.

Ms. Casida has been endorsed by 2004 Libertarian Presidential nominee Michael Badnarik. Dr. Ron Paul, at a speaking event at Colorado Mesa University in 2013 said that “we need to send her to Congress”.